The Truth About the Effects of Marijuana

Published by Denver Dispensaries Staff Member On May 18, 2014 How Does Marijuana Affect You?

There are many different reasons why people choose to use marijuana. For some, it is simply for relaxation and for others it is a potentially lifesaving remedy for intense medical issues. The effects of marijuana on an individual differ and, like any other substance, you should know a few things before trying it out.

Let’s start with why using marijuana makes you feel different. The main substance in marijuana is a psychoactive chemical call tetrahyrdocannabinol or THC. This chemical attaches onto fat cells within your body and gives the euphoric effect that is most often cited with marijuana use. The effects of marijuana vary for each individual person, but commonly the use of the substance is related to a creative state of mind, euphoric sensation, pain relief, and an upbeat mood. The effects of marijuana can last anywhere from a period of two to five hours and generally wears off with a moderate comedown, back into a sober state.

What exactly are the benefits of marijuana though? Why do people use it? This question can only be answered by the individual for their own personal reasons. For some, using marijuana is simply a way to relax and unwind after a long day at work, much like enjoying a evening beer would be. Other people use marijuana to explore a more creative and deeper side within their mind. Medically, there are several benefits of marijuana use that range from helping to control nausea and vomiting, increasing appetite, helping with depression, relieving anxiety, and reducing pain. This list is not an exhaustive list of benefits and you should speak with your doctor to see if using marijuana products is right for you. Others consume marijuana simply because it “makes them feel good” and there is nothing wrong with that!

As with any other drug, you might be asking yourself, “Is marijuana addictive?” or “Can I get addicted to marijuana?” For recreational users, it is generally not nearly as habit forming as say methamphetamines or opiates such as heroin. This is not to exclusively say that marijuana is not addictive. In an article by Gupta Sanja, “Why I changed my mind on weed”, says that cannabis has a dependence rate ranging  from 9% – 10% of adult users. In retrospect this is not a very high number for the millions of people that use marijuana or cannabis products on a regular basis. However, there is still a community of people that will argue vigorously that marijuana is addictive and possibly one of the most dangerous drugs out there. Most of those people though, also have a cup of coffee everyday (or 5) and seem to simply disregard or avoid the whole caffeine addiction conversation all together. So is marijuana addictive? If used responsibly and recreationally, generally no. Does cannabis have the ability to become addictive? Absolutely. Is marijuana right for me? That is a decision that only you can make.

To sum up these thoughts, we have arrived at a couple different conclusions. First off, the effects of marijuana vary for each individual but in general, the effects are positive without negative consequences. This can be said by the shear numbers of people that use marijuana products and society is still standing.  As mentioned above, there is a slight risk for dependency however it is not nearly as high as addiction rate of other drugs. For the casual user, there is a very little chance of becoming clinically addicted to marijuana. And the third, and perhaps the most important, is that there are positive benefits of marijuana from recreational use as well as medically. Medical marijuana research is now just being allowed for clinical trials, so we have only reached the surface of the benefits of marijuana for humans, however, the preliminary studies are showing positive correlations as an alternative to traditional pharmaceuticals. Even for people that are perfectly healthy, a way to simply relax and open your mind can be worth its weight in gold.

Cannabis is a truly remarkable plant that has stirred controversy for many years and will continue to do so into the future. Each person is a little bit different when it comes to using marijuana so to definitively say how it will affect you as an individual is nearly impossible. Be safe and responsible and you too, can enjoy the wonders of marijuana along with the millions of other cannabis users! 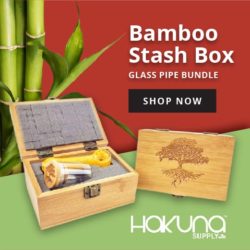