Best Kush Strains of All Time – Names and Pictures 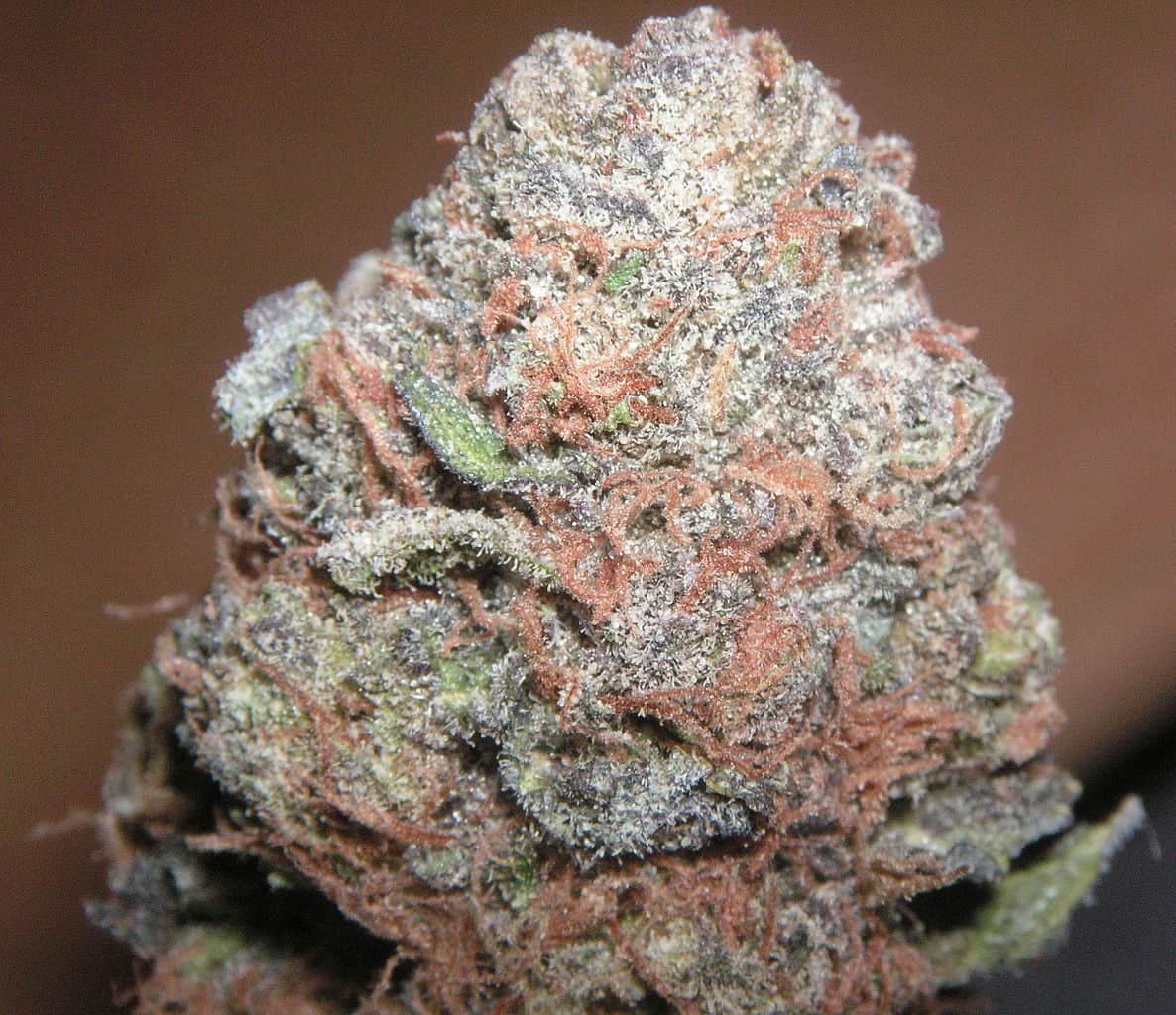 You’ve probably heard of Sativa, Indica, and hybrid when it comes to marijuana or weed. These are cannabis varieties that are categorized by the morphology of the plant or weed. But have you heard of Kush? Kush is a specific strain of cannabis that originated from the Hindu Kush mountains located near the border of Afghanistan, India, and Pakistan. Kush mainly falls into the indica-hybrid category rather than Sativa, but there are many hybrid Kush strains. Compared to other strains of cannabis, Kush can have sedative indica-like effects that result in feelings of sleepiness, but also euphoria and joy. Despite the existence of many different strains of Kush, they all share similar tastes and scents: floral, fruity and foresty. They are known for an aromatic scent, a citrus taste, and an herbal or peppery flavor. Most Kush strains are advised for nighttime use due to its extremely tranquilizing and sedative effects. If these traits pique your interest, read on. In no particular order, here are the Best 10 Kush Strains of All Time:

The original gangster of Kush: the OG is the most commonly known form of Kush and is also known as one of the best Kush strains. OG Kush is known for its sedative effects plus added feelings of euphoria and joy. You now can be a happy couch potato! If you have depression, anxiety, or insomnia, this strain is usually recommended. The uplifting effects have been useful in social settings, making it easier to be around people. It is herbal, citrusy, and peppery flavored. OG Kush has a slightly higher tetrahydrocannabinol (THC) percentage than other Kush strains and is usually known as the highest THC strain of Kush. It is equal parts calming and energizing, so it gives you a happy balance. Happiness, relaxation, and euphoria are the commonly reported benefits of OG Kush, whereas dry mouth and dry eyes are commonly reported negative effects. OG Kush typically also has around 10% CBD which helps with inflammation as well. It is known as a feel-good strain but also can produce paranoia with excessive use. 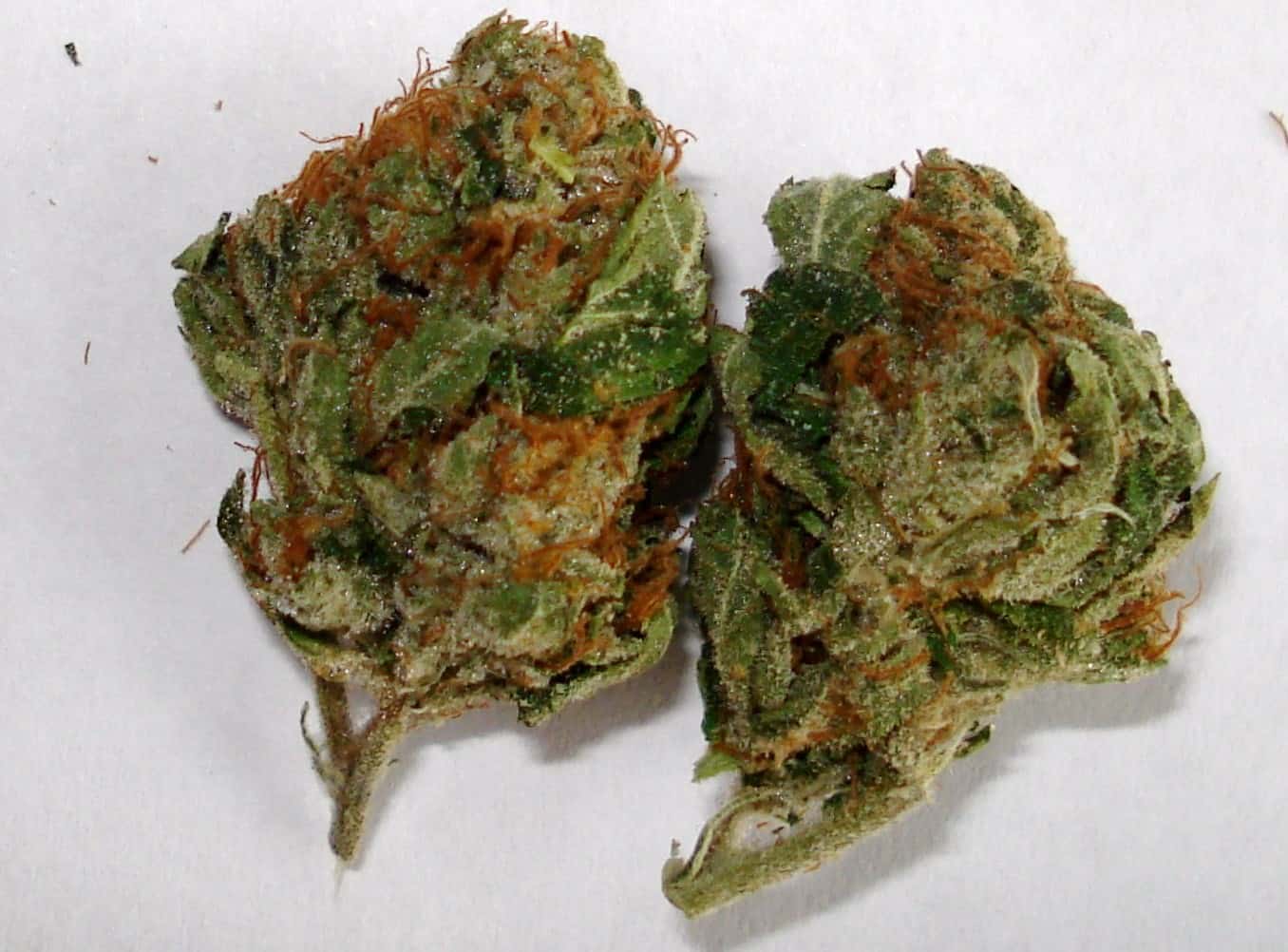 This strain is one of the more calming (rather than energizing) strains of Kush, but it still gives a sense of euphoria and happiness. SFV OG Kush resulted from the crossover between Afghani and SFV OG strains. Interestingly, this strain is not only used by people with depression and anxiety, but this strain is unique from other types of Kush where it is also used to treat people in pain. The sedative effects of Kush come to use and act as a pain reliever and also a relaxer. Similar to most Kush varieties, the common side effect experienced by SFV OG users is dry mouth and dry eyes.

The Banana Kush, apart from its cute name, is known for having an equally calming and energizing effect without one preference for one or the other. This delicious strain was created when Ghost OG and Skunk Haze strains were crossed to create the hybrid Banana Kush. The primary scent is citrus, with herbal and peppery following close behind. It gets its name from the taste and smell that indeed resembles a banana flavor and scent. This is a popular strain for those suffering from depression and anxiety. It can also be used in anxiety-inducing social settings by making you feel talkative, yet calm and happy. The most common negative effect experienced with Banana Kush is a dry mouth. 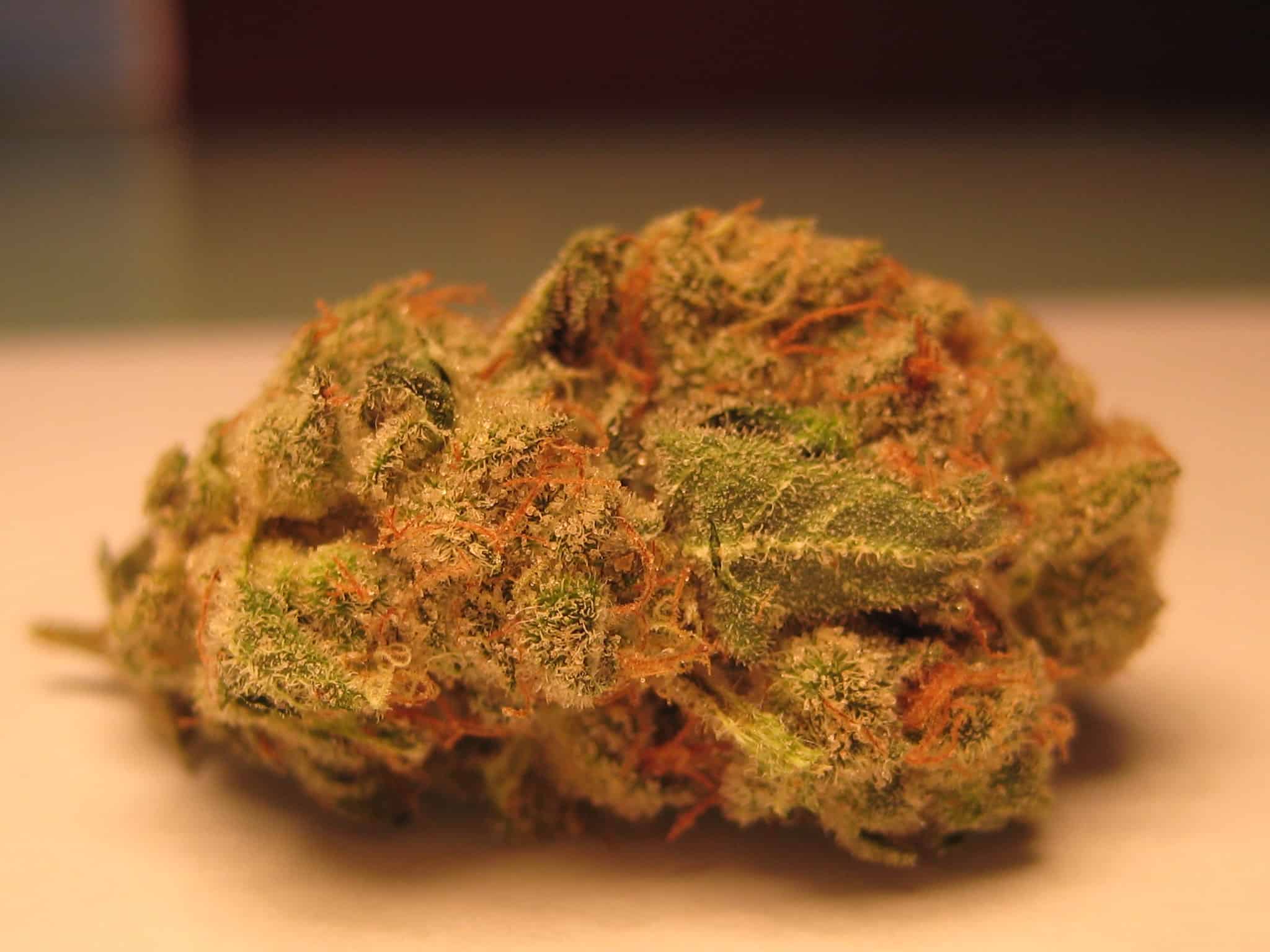 Bubba Kush’s namesake is Matt “Bubba” Berger, who was the person who transported the plant from Florida to Los Angeles in 1996 for it to be cultivated. Bubba Kush has a mostly peppery scent but still exhibits citrus, herbal, and earthy tones. Bubba Kush has a bit of a lower percentage of THC compared to strains like SFV OG and Banana Kush but still shows similar effects. Like SFV OG Kush, it is a deeply calming form that is used for its tranquilizing effects. The strain’s top uses are to help alleviate stress, pain, and insomnia. Dry mouth, dry eyes, dizziness, and an unusual appetite may occur as side effects of this strain. This strain is known to be one of the easiest types of Kush to grow. 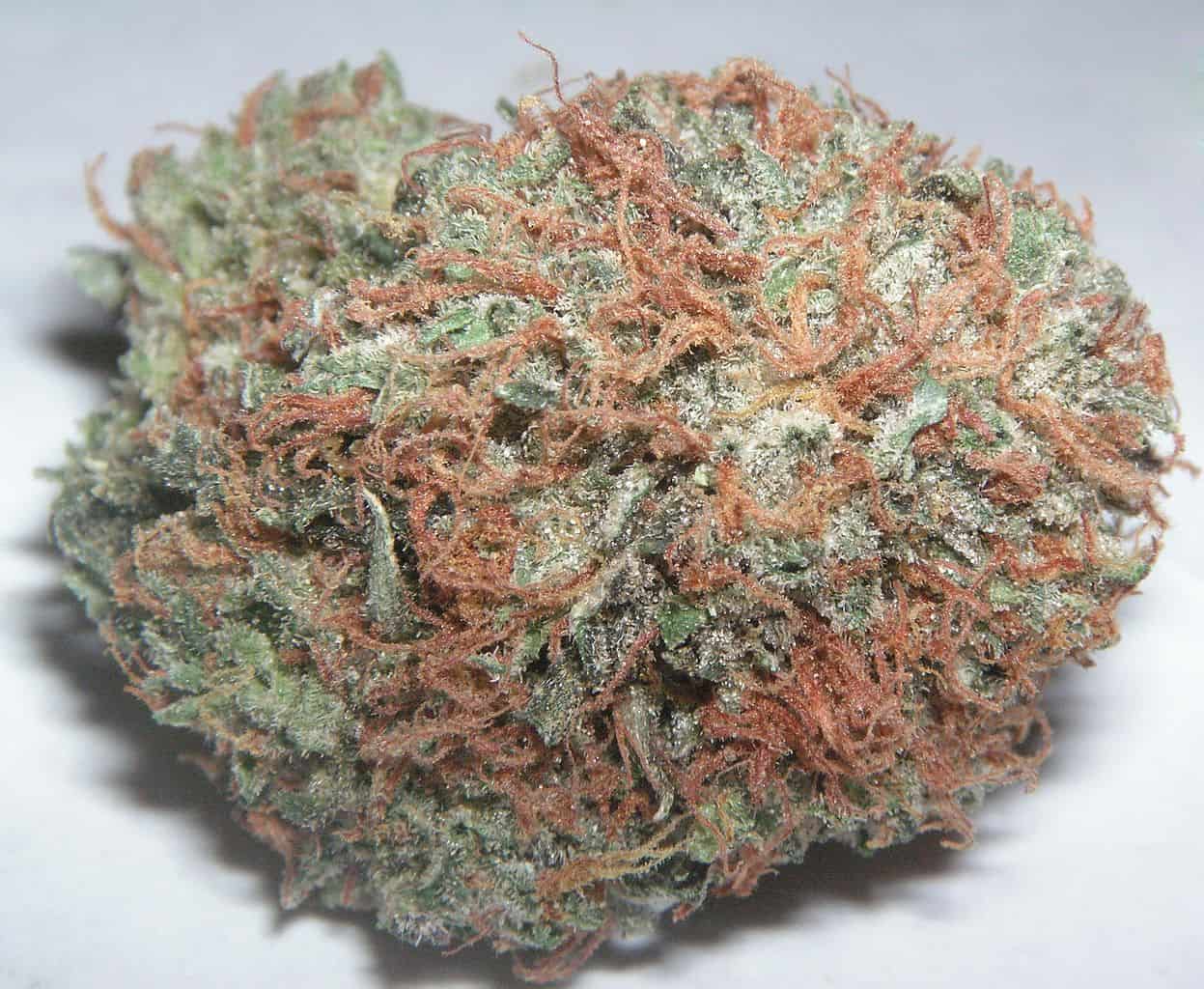 The Purple Kush strain is a very calming type of Kush, and is also known as one of the best Kush strains; Users have reported experiencing being both relaxed and happy. Purple Kush possesses a slightly lower THC percentage compared to the other strains in this article, but result in the same calming effects. Purple Kush boasts of herbal scents and flavors. It resulted from a crossing of the Hindu Kush and Purple Afghani. When Purple Kush is grown, there can sometimes be a bit of purple color detected on the plant. It also may get its purple name from the reportedly grape taste that this strain provides. Purple Kush can be used to treat stress, pain, insomnia, anxiety, and depression. Dry mouth and dry eyes are common side effects—big surprise there.

Critical Mass and OG Kush came together to form this indica-dominant strain, Critical Kush. This strain’s scents and tastes mimic herbs and pepper. It is spicy! Critical Kush is a calming strain. As one of the most relaxing varieties of Kush, it helps with stress, pain, depression anxiety, and insomnia. It has a high THC percentage, so although you will be very happy, you’ll probably be very happy just sitting on your couch. A common negative side effect is a dry mouth and eyes. 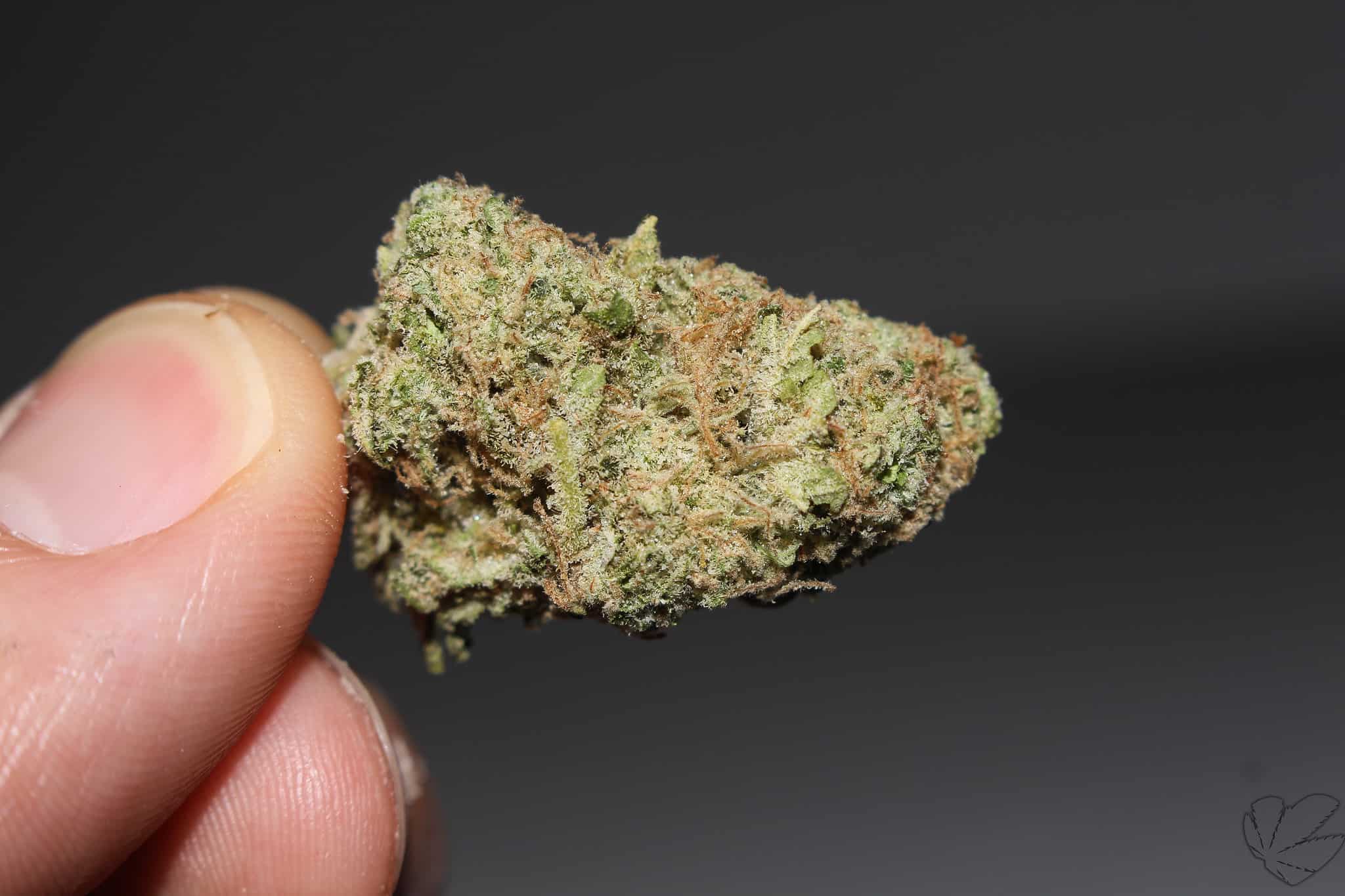 Kush is typically indica or an indica hybrid, but Sativa dominant Kush strains do exist through cross-breeding, although they are harder to grow and maintain. Unlike its indica-dominant counterparts, this particular strain of Kush is Sativa based. It was created through the crossing of Sweet Irish Kush and Jack the Ripper. It is a popular choice to help with depression, stress, pain, fatigue, and inflammation. Some cancer patients use this strain to help with nausea and pain. Users may experience peppery and fruity flavors. Dry eye and mouth may result.

Master Kush is a direct descendant of the original Hindu Kush. It is known for its peppery and citrus scents and flavors. Master Kush is known to be more calming than energizing. The effects may relax your body, but keep your wits and sharp thinking intact. Master Kush is used to help with creativity as well, so this strain will make you a master indeed. This strain makes you feel calm and happy, but also sleepy. It helps with stress, pain, anxiety, and depression, and is also a very popular strain amongst insomniacs. Once again, dry mouth is a common occurrence. Pure Kush is a very calming form of Kush. For the insomniacs and people in pain, this variety offers sedative effects and makes your body relaxed and sleepy, but happy at the same time. Stress and anxiety sufferers also report benefits from Pure Kush. Unlike most other forms of Kush, Pure Kush is known to help with nausea. Be warned, these sedative effects can be intense for your first time, and if you’re looking for an energizer, this is not the strain for you. What sort of side effects can you expect? You guessed it: dry mouth. Last, but not least: Cali Kush. This strain is both calming and energizing (but leaning a little bit more toward the calm end of the spectrum). It gets its name from its rising popularity in California. Relaxation, happiness, and uplifting feelings can result from the usage of this particular strain. Depression, anxiety, stress, and headache sufferers can use this as well. Dry mouth may occur. The scents and tastes are mainly citruses. Cali Kush comes in both Indica and Sativa-dominant varieties, so you can try them both! 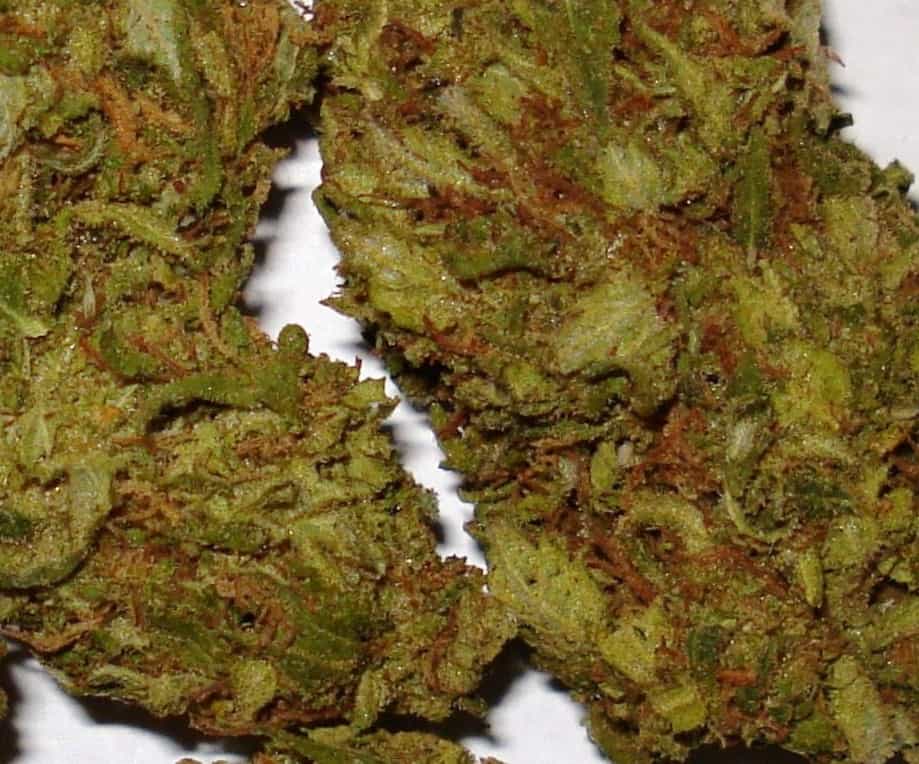 As you can see, there are many commonalities between different types of Kush such as benefits including calming, yet happy effects. And you may experience dry mouth and eyes as side effects. However, each strain has its unique traits and depending on your desired effects, you should research each strain. For example, only a couple of strains of Kush have been reported to be good in combat with pain. However, strains are not a one size fits all situation. If one strain, in particular, doesn’t suit your fancy, I wouldn’t give up on Kush just yet. There could be another one that leans more toward citrus than earthy scents or one that makes you feel a little less sedative than you feel you need to be. If you’re looking for high energy strains, these are probably not for you and Sativa strains are probably more what you want. If you’re looking for a happy night on the couch, these top 10 Kush strains are your best bet!