Pain can range from mild to debilitating. Taking pain medication can be a serious decision that could be both expensive and addicting. In this article, we will be exploring the several different types of marijuana strains for pain and listing the strain best for different kinds of pain.

Pain relief is one of the biggest reasons why people pursue their medical marijuana license. From slight back pain to severe surgery pain, marijuana can help to calm those feelings without the use of heavy narcotics. However, different marijuana strain are better at fighting pain than others. Indica marijuana strains are most commonly noted for having a high pain reduction quality.

To those who have not tried several strains of cannabis, it may be difficult to believe just how much variety exists within all of these strains, but choosing the right strain could significantly improve your pain levels in a short period of time. We will be looking into strains that can lower nerve pain, back pain, cramps, and much more. Listed below are some of the most popular, and most potent strains that can be easily found at your local dispensary for pain relief. This potent hybrid is a fan favorite of marijuana smokers across the globe. Being predominantly indica, it will give a nice body high that releases tension and helps relieve mild aches and pains. Its sativa minority works in combination to give an amazing high that will put your body to rest and keep your mind off of physical pain. White Widow is known to help insomniacs fall asleep faster and deeper.

If you are looking for something that will soothe your pain at the end of the day and help you fall asleep, White Widow is the best strain for sleep and pain. We rate this strain for pain at: 7 out of 10

This predominantly sativa marijuana strain has raving reviews from its fans. With an incredible uplifting and mindful high, it is easy to ignore pains and ailments that might be hindering you. Sour diesel is a strain that will allow you to function throughout the day without putting your body in a couch-locked state. This marijuana strain is common in most dispensaries because of its popularity makings it easy to purchase. Overall, if you are looking for a strain that will keep you going through the day, this is the one. 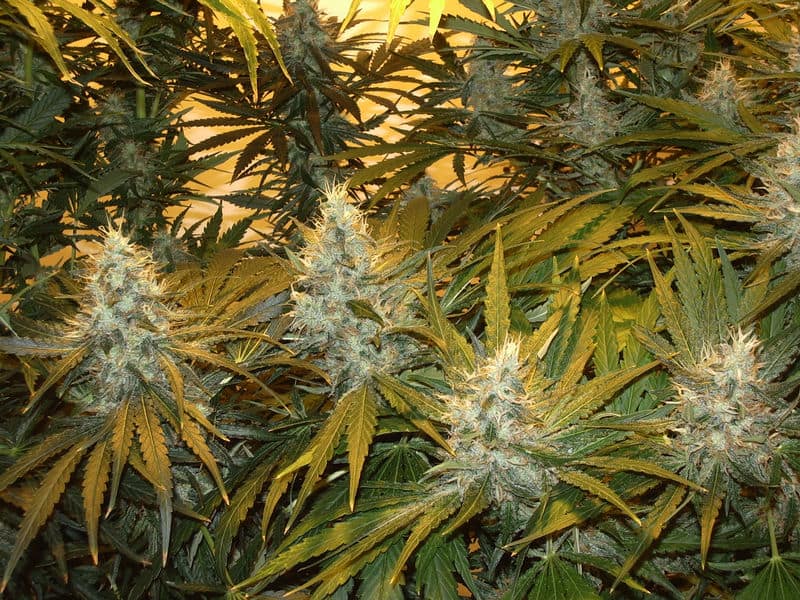 Northern Lights is a great marijuana strain for pain relief and general relaxation. Being mostly indica, the body high will numb mild to severe pain allowing your body and mind to relax. Because of its heavy indica base, you should not expect to be very active while taking northern lights. If a couch-locked state and good nap is what you are after, then this is the strain for you!

The Blueberry strain was originally founded in the early 80’s and has been a favorite ever since. Its strong indica high is great for anxiety, and pain relief and leaves your body feeling relaxed and decompressed. This strain is very stony however it does a good job at not making you super sleepy which allows it to be used as more of a daytime marijuana strain. Blueberry has been around for decades and will continue to make its way into the future!

Master Kush seems to be a magic marijuana strain. Being most indica, the high is mostly in the body and helps with chronic pains as well as relaxation and anxiety. This strain is very potent and will catch you off-guard, so make sure to dose correctly. This strain is great for right before bed and will give you a full night’s sleep without interruption. Master Kush is a force to be reckoned with in the marijuana ball game 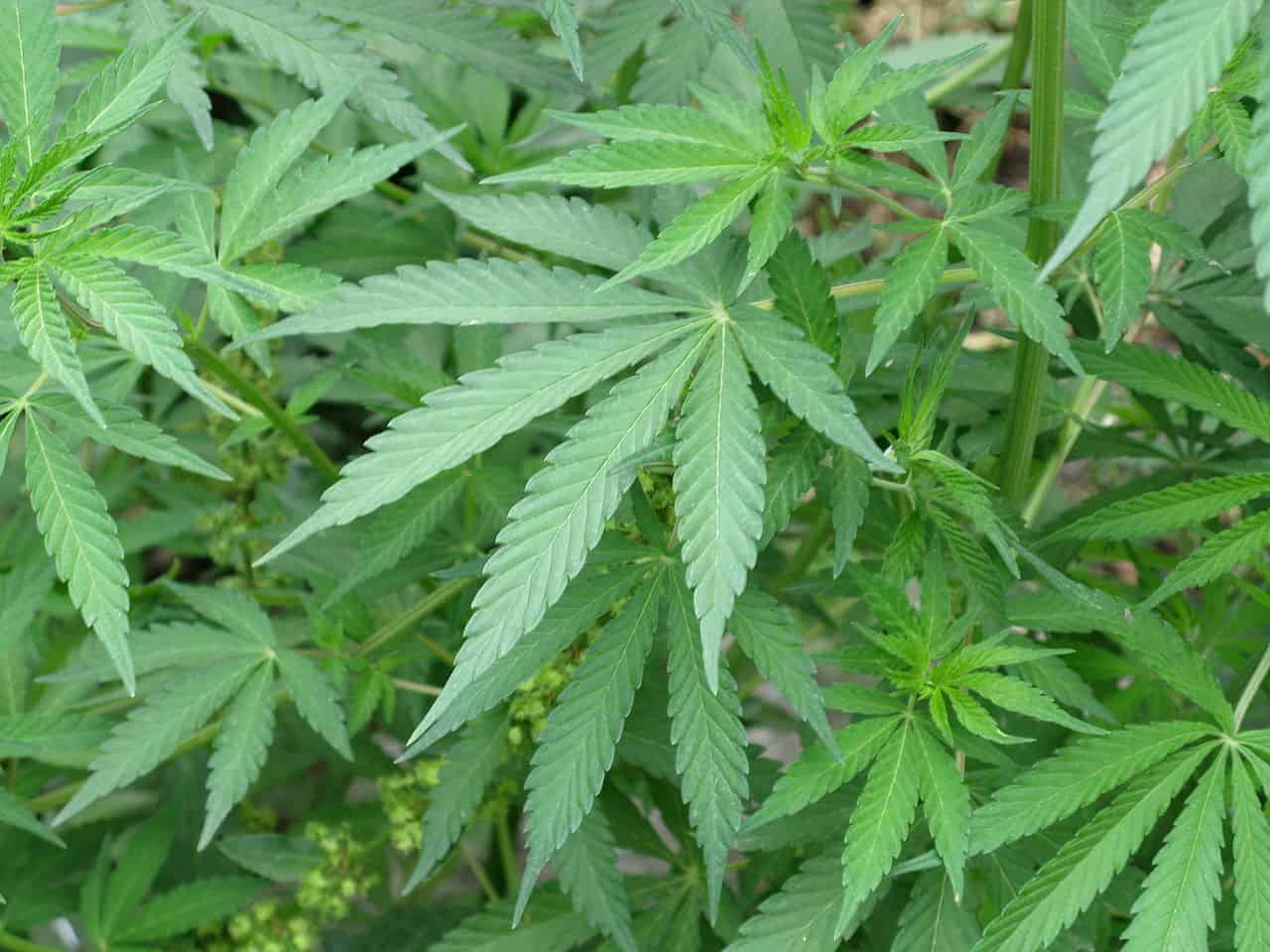 Harlequin is a Sativa that is high in CBD. It is the best strain for arthritis pain on this list because of its soothing effects that still allow you to have a clear head. Other strains on this list may be a bit more powerful and come with a head high. One of the great aspects of Harlequin is that this strain will soothe your pain without inhibiting your ability to think or work. If you are looking for a fast-acting strain and that can be used throughout the day, consider Harlequin. Redwood Kush is one of the best strains for pain relief because it has a high amount of THC that lowers pain in muscles. If you are plagued with cramps and tightness within your muscles, Redwood Kush is famous for its muscle relaxation and soothing properties.

Also, Redwood Kush has a distinct forest aroma when smoked that is relatively soothing in and of itself. If you are looking for quick pain relief that feels as though it’s coming straight from a forest, look no further! 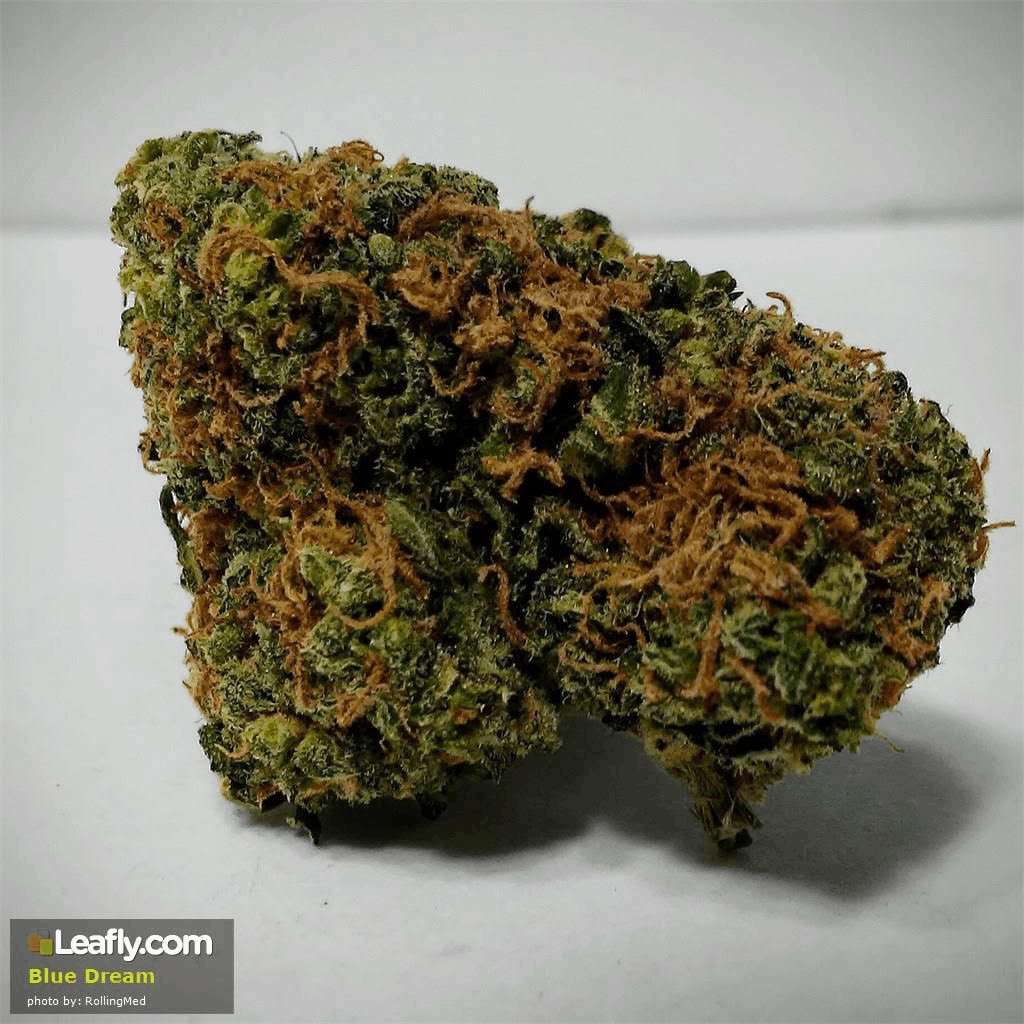 Blue Dream is a hybrid strain that is very popular among smokers for its sweet flavor. It is a crossbreed of the Sativa Haze and the Blueberry Indica. Blue Dream is an interesting strain because it has powerful pain-relieving properties, but it is also used to treat depression and anxiety. Bubba Kush is another popular strain among smokers. It is a unique indica based strain that has a rich earthy flavor when smoked. It originates from the Hindu Kush cannabis strain but has quickly surpassed Hindu Kush in popularity.

Similar to the White Widow, Bubba Kush is known for its relaxing effects of both the mind and body. Unlike the

The AK 47 is cannabis strain that is as powerful as it sounds. The first important thing to note about this cannabis strain is its unique composition. Most cannabis strains originate from a different strain or is a cross between two strains, but that is a child’s play for the AK 47. The AK 47 is composed of several Sativa strains from Mexico, Thailand, South America, as well as indica strains from Afghanistan. This impressive collections of strains are used collectively to create AK 47, a strain that is excellent at relieving pain and battling depression. While it consists of both Sativa and indica, AK 47 is a Sativa dominant strain, which means you are likely to feel uplifted and energetic.

In some ways, AK 47 is similar to other strains on this list, like Bubba Kush for example. Both strains are similar in that they are great at relieving physical pain and can help manage symptoms of depression. However, one of them is a Sativa while the other is an Indica-dominant strain. Furthermore, Bubba Kush is known as the marijuana sleeping pill, while AK 47 should not be smoked before bed due to the uplifting effects. It’s important to keep a mental tally in your head of which of these strains is perfect for your individual situation. This hybrid strain is named after, you guessed it, Jack Herer. Jack Herer is a cannabis activist and is now immortalized as one of the best pain-relieving strains of cannabis on the market. Jack Herer is a cross of Nothern Lights #5, Shiva Skunk, and a Haze Hybrid.

This strain is known to do several things, but the main components are its ability to manage depression symptoms, lower fatigue, and increase your appetite. In some ways, each benefit that this strain provides helps with the other benefits. Having a larger appetite, in turn, will lower fatigue which will allow you to have more energy to battle your depression. It is not an understatement to say that the right cannabis strain can have a profound effect on your physical and mental health as a whole.

There is one type of pain that we have yet to discuss, nerve pain. If you suffer from nerve pain, you know how agonizing it can be. You want a strain of cannabis that can take your nerve pain and obliterate it in a very short period of time. If you want the best strain for nerve pain, we highly suggest Jack Flash. Jack flash is a hybrid strain that is a bit more indica dominant and is a cross between Haze, Super Skunk, and Jack Herer. It got its name Jack Flash because of how fast the relieving properties hit! Don’t just take our word for it, Jack Flash is an award-winning cannabis strain that won the Dutch High Life Cup way back in 1998. This is a time-tested strain that could lessen or even remove your nerve pain.

Jack Flash and Afghan Kush are both great, but you should start with Afghan Kush if you are not well versed with several strains of cannabis. This is because Afghan Kush is high in CBD, which makes it easier for beginners to try. On the other hand, Jack Flash has much more potent effects and is not recommended for beginners.

There aren’t many problems in the world that cannot be solved with a 9 pound hammer. 9 Pound Hammer is a cross between Hells OG, Jack the Ripper, and Gooberry. It is a fruity indica, but don’t let the sweet taste fool you. 9 Pound Hammer is a very powerful strain that can alleviate high amounts of both pain and stress. The 9 Pound Hammer is notorious for having a heavy effect that lasts for a very long period of time. If you need something that will truly take the edge off your pain and could potentially last you several hours, consider using the strain 9 Pound Hammer.

The Best Strain for You

If you suffer from chronic pain, we understand that life can become quite hard. It can make simple things difficult and difficult things unbearable. Whether you choose to relieve your pain through cannabis or other medications, we hope that this article was helpful with your eventual decision.

As with all medical decisions, please consult with your doctor before reaching any final conclusions.

Do you think we missed any strains that are great for relieving pain? Is there a certain type of pain that we did not address that you’d like to learn more about? Let us know in the comments below!

Marijuana’s Place in Colorado In 2018, 34 new Marijuana-infused products were licensed in [Read More...]

Best 10 Kush Strains of All Time – Names and Pictures

What is Kush? You’ve probably heard of Sativa, Indica, and hybrid when it comes to marijuana or [Read More...]

Side Effects of Marijuana – The Highs and Lows

Cannabis is a psychoactive drug brought into mainstream attention through its recreational and medical [Read More...]

Where Can I Smoke Pot in Colorado? Rules, Regulations, and Places

A Guide to Recreational Weed in Colorado (Updated September 2019) The Cannabis industry in Colorado has [Read More...]

Pain can range from mild to debilitating. Taking pain medication can be a serious decision that [Read More...]

10 of the Greatest Marijuana Strains for Sleep

The Importance of Sleep Sleep is one of the most important aspects of a healthy lifestyle. In fact, the [Read More...]

How Long Does Marijuana Stay in Your System?

Many wonder about how long weed or marijuana stays in the body system, mostly because they worry [Read More...]

How to Get a Medical Marijuana Card in Colorado

“How to get a medical marijuana card in Colorado” is a common question. The legalization of [Read More...]