The Differences Between Medical and Recreational Marijuana in Colorado The state of Colorado made history on January 1st, 2014 by being the first to legalize the sale of recreational marijuana all people with he ability to prove they are over 21 years old. Rumors of a “new Amsterdam” have been circulating, and Denver Colorado is a hotbed for some of the finest marijuana products in the world. From a distance, it is easy to say that marijuana is legal in Colorado. When taking a closer look though, there are still major differences between medical and recreational marijuana in the way it is distributed, priced and the legalities that must be followed in order to make this new system work.

How Old Do You Have to Be to Buy Marijuana In Colorado?

It is very easy to see the similarities on how alcohol and marijuana are regulated and distributed. Marijuana, often known as weed, pot, ganja or bud, is now sold throughout Colorado to any person that can present a current, official form of identification proving that you are over 21 years old. Most commonly this is in the form of a drivers license or passport. Identification must be presented before check out in order to be allowed to purchase such a product. In order to receive medical marijuana, patients must still hold a current red card from the state of Colorado. Dispensaries in Colorado are allowed to sell both within the same facility given that they are completely separate from each other and are strictly 21+ locations. Dispensaries that serve medical patients only will also still exist. A full list of recreational dispensaries can be found here.

What is the difference between medical and recreational marijuana though? The main difference is the amount of tax that is charged with each sale. For recreational sales of marijuana around the Denver area, an additional 20-25% sales tax is added to the foot of the bill. The exact tax rate will vary between counties so for exact tax rates, give a call to your local rec dispensary. Medical patients will receive a lower tax rate around 10% due to their legitimate need for medicine. Medical patients will also have a larger variety of products to choose from. This includes edibles, tinctures and other products infused with marijuana such as various concentrates. Currently, recreational products include the flowers or “buds” as well as a few edibles or “treats”. There is no need to fret though because as Colorado’s legislation fine tunes their regulations on recreational products more options will become available to the general public.

How Much Recreational Weed Can I Buy?

At this point, you might be wondering how much can I buy and what are the prices of recreational marijuana. Residents of the state of Colorado are allowed to purchase up to an ounce at a time, per dispensary, per day. Out-of-state residents will be allowed to purchase up to a quarter of an ounce per dispensary, per day. It is still very much ILLEGAL and is a FEDERAL OFFENSE to take your marijuana outside of state boundaries so keep this in mind when planning your trip to Colorado. With a sharp increase in demand, prices are expected to rise to about $60 for an eighth (1/8) of recreational marijuana and don’t forget about the tax.

Where Can I Smoke Pot In Colorado?

Where can I use my marijuana products is the next question that usually gets asked. Public use of marijuana is still prohibited and you will be ticketed and fined for doing so. Recreational marijuana is supposed to be used in private or at venues that explicitly allow cannabis use or that are “cannabis friendly”. As time progresses more places should become viable locations to toke up. Driving while under the influence of marijuana can still get you a DUI. Just a few hits will put you over the 5 nanogram THC limit so much like alcohol, we urge you not to smoke and drive.

Colorado is a state of open minds and great people with Denver leading the marijuana legalization movement. It is changing the way that people across the globe view marijuana and its medicinal, creative, and economic potential. Knowing the rules and regulations set up around recreational marijuana allow anyone to visit, consume and enjoy the finest marijuana products around. Welcome to colorful Colorado and enjoy your stay in the Mile High city! 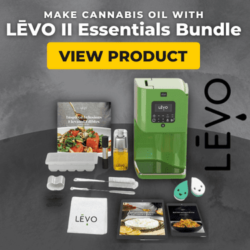